Where is South Tottenham?

South Tottenham is on the eastern side of the London Borough of Haringey. The area is bordered by Tottenham to the north, St Ann’s to the west, Stamford Hill to the south and the River Lea to the east.

All of South Tottenham falls within the southern part of the N15 postcode, including much of N15 6 and some of N15 5 and N15 4.

Until 1999, South Tottenham was a ward of Haringey although the name was removed in a reorganisation.

However the name remains in common use, and the local Overground station is called South Tottenham. 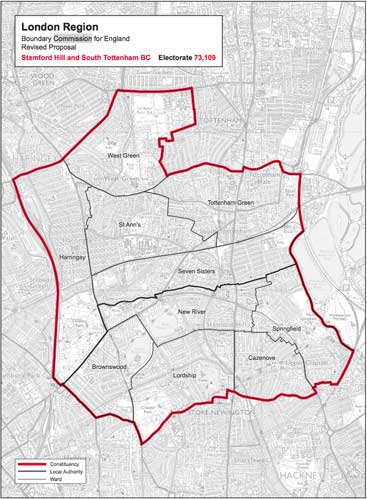 The Boundary Commission for England has recently proposed the creation of a new parliamentary constituency, Stamford Hill and South Tottenham.

Tottenham as a whole is a deprived area, but detailed analysis compiled by Haringey council shows this picture is not true of South Tottenham: Summary of Tottenham Profiles – May 2012.

South Tottenham is reported to be the most ethnically-diverse area in Europe, with up to 300 languages being spoken by its residents. Time magazine reported:

Green Lanes is in London’s Haringey borough, which has a population of 224,300, almost half of them ethnic minorities. The borough includes South Tottenham, an area researchers at University College London recently proclaimed the most ethnically diverse in Britain — and possibly all of Western Europe — with 113 ethnic groups living in it.

One thought on “South Tottenham facts”