Given it is such a mixed and vibrant area, it’s no surprise that South Tottenham has a varied range of cuisines to dine out on. Here’s our round up of just some of the options.

El Parador Rojo is a local institution dishing out South American food in a lively atmosphere. It is in the Wards building, a former Edwardian department store, now an indoor market hosting a diverse community of traders especially from London’s Latin American population. The nearby El Botellon serves more expensive tapas – or go Portuguese at Perola Negra or Tradicao Mineira. The Banc features burgers, steaks … and shisha.

New comer Alamut has been gathering good reviews for its perhaps unlikely combination of Turkish, Persian and Italian cuisine. Where else in London could you get a Ghorme Sabzi Pizza topped with stew of parsley, coriander, chives, lamb and red kidney beans? Nearby Candir stick to more traditional fare with a reasonably priced selection of pide, kebabs and grilled meats. A little further north, and you can sample Ates or Oz Gaziantep Ocakbasi which is particularly noted for its soups.

Eat in or takeaway from longstanding Carribean favourite Island Delight Too Sweet. Specialities vary from day to day, but you might find stew beans, ackee & saltfish, pepper steak or jerk chicken. A few doors down the High Road is vegetarian takeaway Ital n Vital.

Two minutes further walk south along the High Road will transport you from the Carribean to Angola. Gindungo offers a taste of muamba de galinha (Angolan chicken stew) followed by gelado de mukua (ice-cream made with an Angolan fruit reputed to have healing properties).

For coffee, head to Craving Coffee. This hidden away gem keeps the caffeine flowing for a growing army of artists and creatives in the Mill Co. Project at Gaunson House. They also put on regular events: negronis and local cheese toasty, anyone? Or how about a coffee brewing masterclass or Indian street food night? If you prefer your coffee mainstream, there’s a Costa near the tube.

There are also some classic caffs, such as Nana Susie, Time 2 Eat, Arlington and Cafe N15. The Markfield Park café is always busy in the sunshine, with good sandwiches and even better ice cream! On an equally classic note, the Two Golden Sisters is a good old fashioned chip shop. 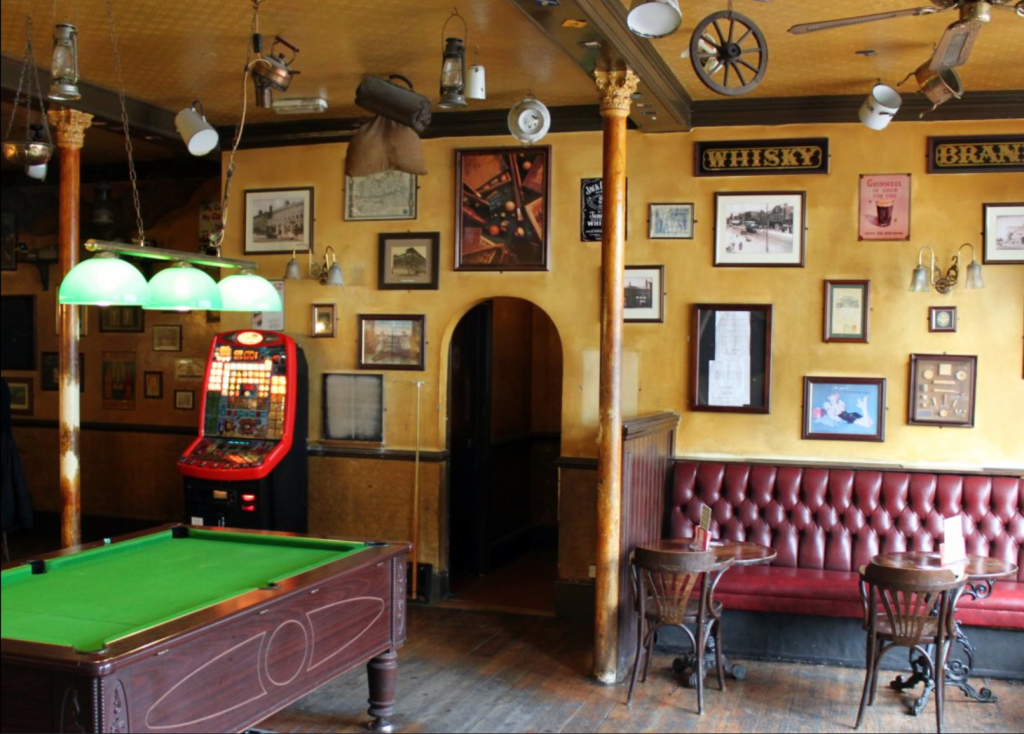 For more classic pub fare, take a stroll north of Seven Sisters to the Beehive. Well-kept real ales combine with pulled pork plus homemade sauces, burgers and chicken. Or hop on the bus for 5 minutes the other way, and visit the Jolly Butchers – consistently voted a top pub in London (and even the UK) and recently described by the Evening Standard as a “North London institution”. Other nearby drinking spots include the Crowe Bar and the Dutch House.

If you fancy travelling further afield, the Overground will whisk you to the Turkish food delights of Green Lanes (3 mins). Although there are plenty of good Turkish options a short bus ride away in Stoke Newington, and rubbing shoulders with trendy bars and socials in Dalston just beyond. Alternatively go to town: the West End is 12 minutes away from Seven Sisters tube!

Think we’ve missed something? Tell us about your favourite place to eat out in South Tottenham.