What links the African emperor who visited his British dominion in 208AD and the most successful entertainer of all time? Or a pioneering nurse in the Crimean War with the richest man in recorded human history?

And a Tottenham image makes it into the account, even if it is a picture of the burnt out Carpetright store from 2011.

They are available in a range of sizes from EasyArt:
Black History: prehistory to the 21st century 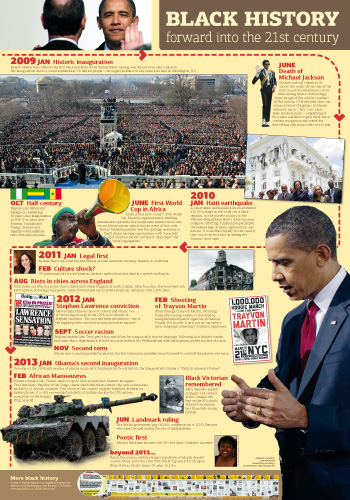 One of the two Black History posters